Ruth Pownall, Actor and Professional Voice Over Artist to Voice Audio Tracks for Is It Love? Multimedia Web-Book!

I am thrilled and delighted to announce that Ruth Pownall has agreed to narrate and voice stories from my new multimedia website-book Is It Love? Ruth is an actor and Voiceover Artist originally from York. She has voiced commercially for clients such as Amazon, Fujitsu, Morrisons and McCain and she is also currently working with clients from the United States on a new Audiobook series for Apple. On screen Ruth has played the lead role of Mia in The Voyeur (Film) and has featured in The One Show, Jack Whitehall's Backchat and Meet Me on The Southbank for Shooting Script Films. She will work with me, Linnea Sage and Cherry Pie to electrify the riveting new soundtrack for Is It Love's daring, exciting, dangerous, new tales. Further announcements to follow! 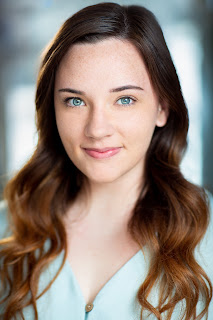 at July 25, 2020
Email ThisBlogThis!Share to TwitterShare to FacebookShare to Pinterest

HJ Furl
I live in a remote lighthouse on the coast with my two Siamese cats, a robot, and Meg, my live-in lover. When I am not busy dreaming, I comb the beach for unusual shells, and your plastic waste, saving stranded marine mammals. Of indeterminate age, I love to swim in the ice-cold ocean to keep myself looking young. Find me on Twitter: @FurlHj Facebook: Is It Today by HJ Furl.. You Tube: HJ Furl. IGTV, Patreon. Website: www.isittodayhjfurl.com