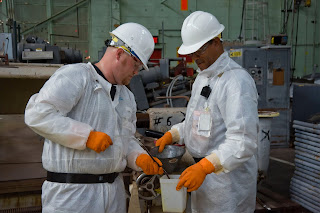 The estimation was Auklet’s responsibility. Bruker made that abundantly clear. Auklet would enjoy all possible resources: astronomers, telescopes, physicists, colliders, mathematicians, and administrative support. But it was Auklet’s sole responsibility to interpret the mass of statistical data presented to him, collate it into an intelligible order, extrapolate it, calculate the effect on geophysical tolerance, then estimate the estimation. Once the estimation was ratified, Auklet would report outcome to Bruker at 14:00 hours in order that Bruker could, in turn, report effect to Calhoun, the Head, for onward transmission to Secretary of State Panstellar.

It wasn’t until Auklet helped himself to his serving of Candida del Reyes-Auklet’s succulent Chilli Con Carne on Thursday night that he realized the error in the estimation. He slapped his forehead,

Candida’s fork sat suspended in the frigid atmosphere between them, inches from her pink lips,

Auklet sounded fretful, ‘I misinterpreted the statistical data from the scientists and maths boys. Gave inaccurate estimated outcome to Bruker for Calhoun’s effect, for onward transmission to Panstellar!’

Candida reached over the table and caressed the back of Auklet’s hairy hand, ‘So? Don’t worry, we all make mistakes. Just tell Bruker you made a mistake with the estimation. I’m sure he’ll understand. He’s not perfect. I’m sure he makes mistakes.’

‘You don’t understand, Candy. It isn’t Bruker’s position to make mistakes. He’s just a middle- man, a pawn in this game. Like Calhoun and Panstellar, his only responsibility is transmission of my estimation up the line.’

Candida squeezed her man’s wrist, ‘How long’s this been going on, your wrong estimation?’

Auklet bowed his head, ‘Not POTUS, Candy, Panstellar or Calhoun,’ he corrected, ‘Bruker.’

‘Same thing!’ smudged Candy, mourning him. Candida del Reyes-Auklet was the epitome of kindness being Latino heartthrob maternal, ‘Tell you what you should do.’

He looked up from his lap, hopefully. How he loved this woman, ‘What should I do?’

‘Pretend you never discovered the error. Pretend there’s nothing untoward.’

‘You mean lie to Bruker, so he can lie to Calhoun, who’ll lie to Secretary of State Panstellar?’

‘Precisely!’ she forked food for him, offering it to his mouth, ‘Now, eat your Chilli, like a good boy.’

Auklet ate his chilli. They stayed up to watch an episode of Bridgeton on Netflix, then retired to bed, in Maine.

The following morning, he interpreted the mass of statistical data presented to him, collated it into an intelligible order, extrapolated it, calculated the effect on tolerance, then estimated the estimation. Once the estimation was ratified, Auklet reported outcome to Bruker, so that Bruker could report effect to Calhoun, for onward transmission to Secretary of State Panstellar. Since the estimation hadn’t altered for months, Secretary of State Panstellar deemed it unnecessary to inform POTUS of the situation.

The meteor collided with the planet, over Maine, at 16:41:33, annihilating life on Earth.

at July 05, 2021
Email ThisBlogThis!Share to TwitterShare to FacebookShare to Pinterest

HJ Furl
I live in a remote lighthouse on the coast with my two Siamese cats, a robot, and Meg, my live-in lover. When I am not busy dreaming, I comb the beach for unusual shells, and your plastic waste, saving stranded marine mammals. Of indeterminate age, I love to swim in the ice-cold ocean to keep myself looking young. Find me on Twitter: @FurlHj Facebook: Is It Today by HJ Furl.. You Tube: HJ Furl. IGTV, Patreon. Website: www.isittodayhjfurl.com