In January 2016 I had this sudden urge to quit my job and write a novel. I don't think anybody - especially my boss and colleagues - believed it when I gave three months notice and said why. I had a call from on high suggesting that, when I had got this idea of becoming a writer out of my head, I might like to meet up for lunch and discuss my return to work!

In April, I began my writing journey. Looking back, I definitely underestimated how lonely writers are, how depressingly solitary. What did I think I was doing? Thinking I could write a best seller - with no formal training - I set about writing the novel - a weird thriller about an assassination squad of beautiful female agents based in Russia, masquerading as fitness trainers who worked undercover in fitness centres, leisure centres, swimming pools and gyms. My lead character was a deadly woman called Nina Spitz who specialized in luring drunken, beer-swilling politicians and councillors out of seedy bars, into the nearest hotel, taking them to bed, and dispatching them. A particularly lurid assassination, I recall, took place in snowbound Nuremberg - very atmospheric!

This crazy concept for a novel, I decided, was never going to work. Frustrated, unable to make any sense out of what I had written, six month's later, in September, I finally gave up and deleted 160,000 words! 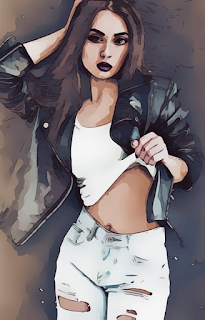