My writing took off! In September 2018, I was interviewed on ‘Eat My Brunch’ on Phoenix98FM by DJ Michelle Ward.

I read a short extract from The Dare, a statement, in effect, about bullying  - that provoked one woman to approach me in tears, saying the tale helped her come to terms with the emotional impact of when she was bullied at school – 50 years ago.

The Dare is a tale of two halves – this half is about the bullying.

He kept one as a trophy: white, hard and dimpled. They were naughty boys with grubby shirts, shorts, wrinkled socks and scuffed shoes:

Jack was the bully. His coarse brothers: Don, Jude and Robin, picked on him because he was so small. He learned to defend himself with his fists. Jack was in the lowest stream at school. Intensely jealous of Bruce, the A stream know-all. He exerted an unpleasant influence over the younger boy. An untiring persecution which amounted to first-degree bullying.

Bruce was the patsy: tall, gangly and refined with a distinctive auburn coif. Jack taunted him, jeering: ‘Ginger Nut!’ but he still insisted that he was auburn.

Least of all was Danny, a short, shy, introverted child who owned one shirt which he wore to school as well as play. He was a mummy’s boy. Dan put up with the bully for an easy life but Bruce was his real friend. He loved animals. And kept a guinea pig in a makeshift cage in the back garden. Even built it a six-foot run out of timber and wire mesh. So that it could earn its hay mowing the back lawn. The pathetic creature had a lump on its stomach the size of a snooker ball. Mummy couldn’t afford to take it to the vets to have it put down. Whereas Dan didn’t have the heart to wring its neck and kill the blighter with his bare hands.

The unlikely trio prattled on as they crossed the field of gold. Presently, Jack stooped and picked a fistful of straw. The younger boys obliged him, shutting their eyes and craning their necks, as he pushed the stalks between their lips. Mindful of the Dare, they sucked on in silence. Until they reached the thicket.

Danny peeped through his fingers at Bruce’s face as he marbled with fright. Jack’s eyes issued him a stern warning. He shook his head despondently. Then they drew their first straw.

Avoiding the thicket, they strode onto the 18th green and stood with their skinny arms welded behind their backs. Staring into the cloudless sky. Like night-seers searching for shooting stars. Pretty soon, a male voice boomed ‘four’ in the distance. Before they could duck, a round white blur hurtled towards them. Bounced upon a grassy hillock. Passed a sand bunker. Flew across a ditch. And rolled onto the green. Danny watched, transfixed, as the ball slowly trundled to a halt at his feet. Jack pounced, and stuffed it in his pocket. They kicked divots and waited. In time, a thick-set bald man with an indigo visor silhouetted the horizon. The man waddled, club in hand, down the fairway to the green and asked the boys if they had seen his ball.

Jack brushed his ziti face on his shoulder. ‘Flew in the hedge. Want me to find it for you?’

‘Would you, son?’ the red-faced golfer puffed, ‘That would be kind.’

‘Course,’ fawned Jack from underneath the prickled hedge, ‘Give me a minute.’

‘No problem,’ the golfer huffed and departed for the 19th hole.

Slyly, Jack retrieved the ball. A Bridgestone B330S. A bombers ball. A long ball with a soft, gradational core. Not the best. But his latest acquisition still left him with a decent feel. A sort of gastric fulfilment. He showed off his prize, smarming smugly at Bruce.

‘Beat that, Ginger!’ he dared.

Aghast, the tall boy flushed. ‘Stop being so horrid. I am not a ginger. My hair’s auburn.’

Sick to the molars of the bully, Danny mustered up all his courage and squared up to Jack.

‘Leave him alone. He ain’t done you no harm,’ he blurted.

‘Oh, I see,’ smarted Jack, ‘Danny the Superhero, come to save his puny little mate. Is this a challenge? Looking for a fight, are we?’

Confidently, he raised his clenched fists to his chest.

‘Well then,’ said Jack, summarising, ‘I won. Let’s see who gets the dare next.’

Danny felt for Bruce as he drew the final straw from his mouth, his body trembling as if his fate was foreordained. Then he drew his straw, whooped and punched his fists in the air:

Feeling awfully guilty, he consoled his friend. Comforting him. Fondly stroking his ginger- auburn hair as he wept into his shoulder. Bruce’s hot tears soaked his faded collar.

‘You’ll be fine?’ he soothed, unconvinced, ‘Would you like to go in first?’

Bruce sniffed. ‘What an oafish thing to say, durr-brain. What difference will that make?’

He was right, of course. Bruce going in first made no difference. You see, Dan had the Dare. It was his for the taking and he intended to use it wisely. He stared at the smug, melodramatic prig leering at him. They knew it would now fall upon Bruce to retrieve the trophy ball. With all the risks the Final Dare entailed.

Disgusted, Dan dragged his friend off the 18th green. They arrived at the thicket and stood staring into the gloomy black hole. There were no stars in there. Just dark. Bruce pleaded for him not to go in but Jack, half-crazed with excitement, roared: ‘Dare! Dare!’

Danny hugged Bruce. V-signed Jack. Sank down on all fours. And crawled inside.
Jack: 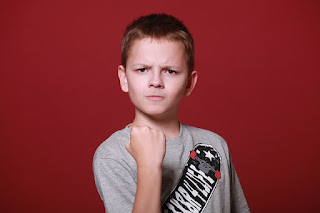 at September 08, 2021
Email ThisBlogThis!Share to TwitterShare to FacebookShare to Pinterest